From its earliest years, St Andrew’s has played a significant role in the life of Hamilton, and over the years many of the city’s prominent citizens have worshipped there. Former members are scattered around the world and no-one can estimate what has been achieved for the Kingdom of God through the worship, the life and the work of this church. 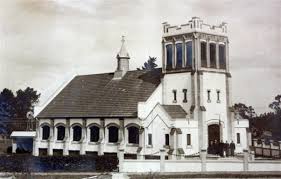 The parish was established in 1885 and by 1912 had grown to the point where it was split into three separate parishes – First Church Frankton, Matangi and St Andrew’s. Land in River Road was purchased for 1,000 pounds and a new church building, the present St Andrew’s, was consecrated on 1st February 1914. The church seats 350 and its members love it for its interior woodwork and its historic Croft pipe organ.

In 1955 the Church Centre was opened with two Halls, a kitchen and a number of meeting and Sunday School rooms. In more recent times, the Ministers’ offices and a secretary’s office were added. After 53 years, the church began fundraising for a complete refurbishment of the church centre and grounds, and in 2010 The Link was opened, a debt-free $1.9 million facility to serve both the church and the wider community.